CAD EYE was originally developed to support real time detection of colonic polyps utilising AI technology. When a suspicious polyp is detected within the endoscopic image, a Detection Box indicates the area where the suspicious polyp has been detected accompanied by a sound signal. The new CAD EYE Characterisation will assist clinicians by generating a suggested histological prediction by displaying whether the suspicious polyp(s) in the image are hyperplastic or neoplastic.

CAD EYE functions while the moving endoscopy image is being observed and does not require complicated techniques or operations such as magnification and image capturing.

Fujifilm has applied this idea to the development of CAD EYE, and CAD EYE’s functionalities are automatically activated depending on the current observation mode. CAD EYE Detection is activated when the clinicians are observing in White Light Mode or LCI Mode, and it automatically switches to CAD EYE Characterisation when the observation mode is changed to BLI Mode. CAD EYE can be activated or deactivated simply with just one click of the scope switch, which is also considered important when the functions are no longer necessary such as during therapeutic procedures.

The Graphical User Interface (GUI) was designed to minimise the endoscopists’ eye movements during a procedure, displaying the characterisation result and the Visual Assist Circle around the circumference of the endoscopy image. The Position Map is placed directly next to the side of the clinical image to show which area of the video image CAD EYE is focusing on. 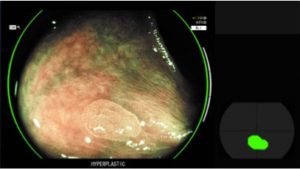 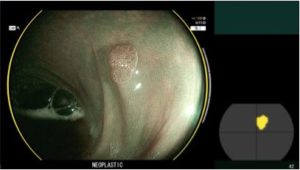 The development of the user-friendly interface has been pursued to enable comfortable procedures. It does not interfere with clinical images and minimises required eye movement. Its display is designed to be simple and intuitive for excellent support during long hours in the examination room. 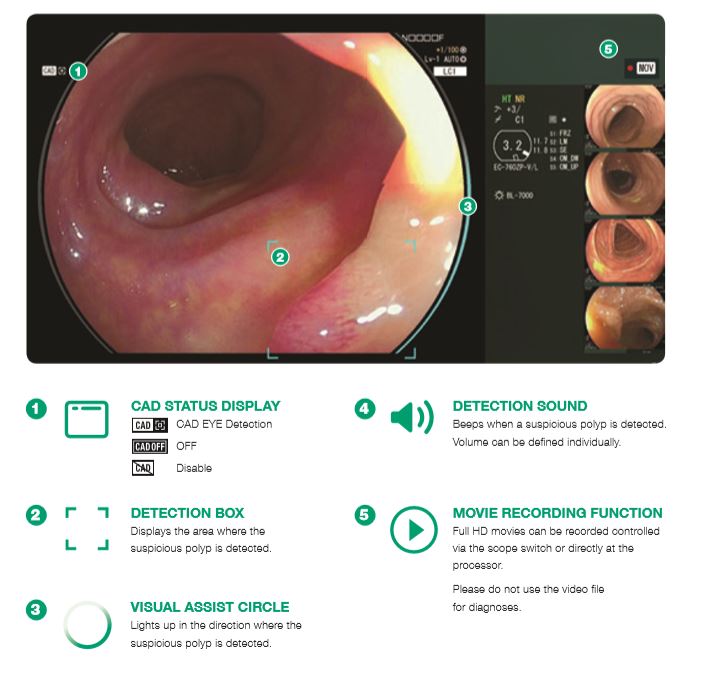 CAD EYE allows for real time polyp detection and provides a helpful tool for every day use. It is aimed to improve the detection rate to expert level, helping to recognise e. g. ﬂ at lesions, multiple ones as well as lesions at the corner of the image. CAD EYE Detection is possible with White Light and LCI mode. 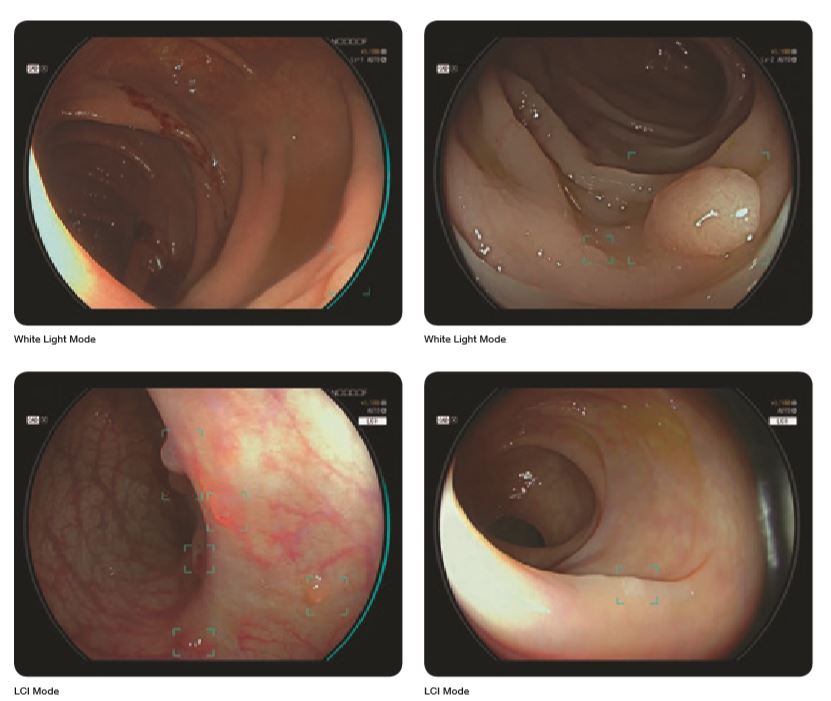 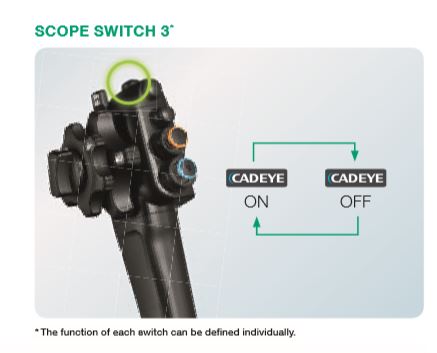 FOR YOUR DAILY EXAMINATION

CAD EYE Detection can be activated / deactivated simply by a push on the endoscope button or directly at the processor.

CAD EYE‘s functionality will be available with the compatible expansion unit EX-1 including software EW10-EC01 in combination with the Fujiﬁ lm ELUXEO 7000 system. The internal memory allows you to store up to 30 hours of video material.

CAD EYE works with the expansion unit EX-1 and the software which will be installed easily via the USB-port. The internal memory allows you to store up to 30 hours of video material. It can easily be controlled with the scope switch or directly at the processor. 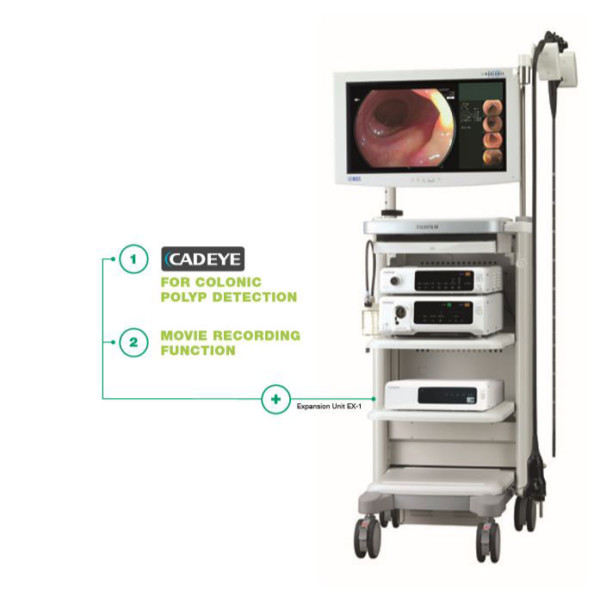